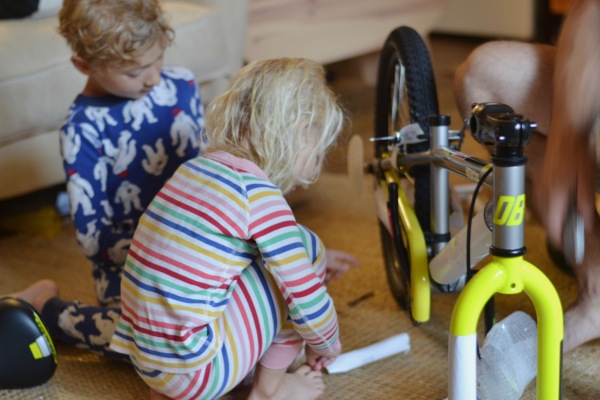 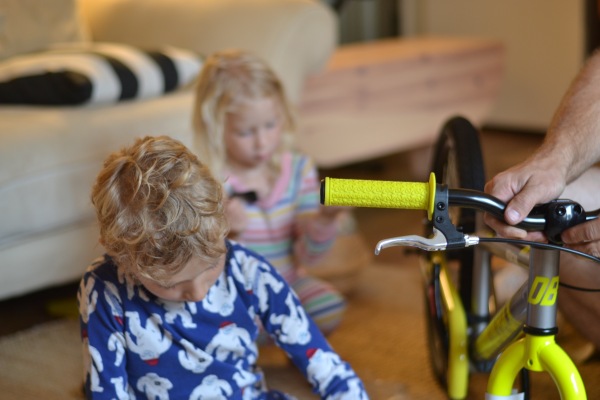 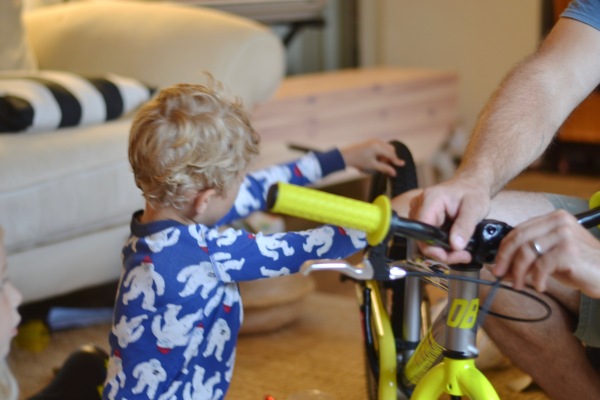 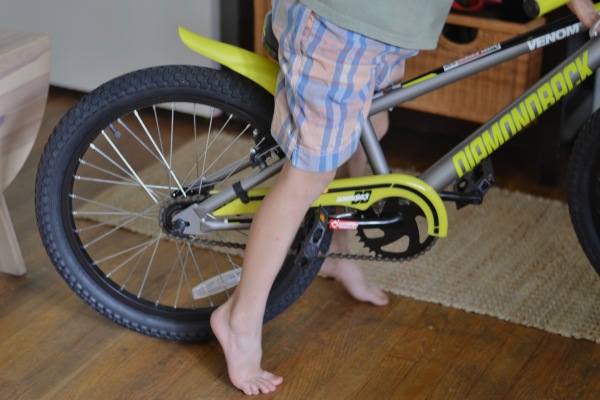 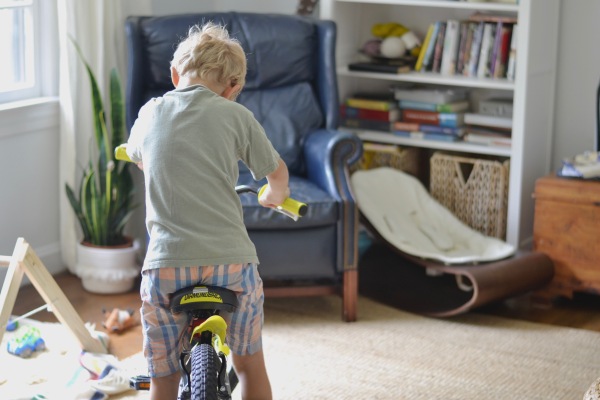 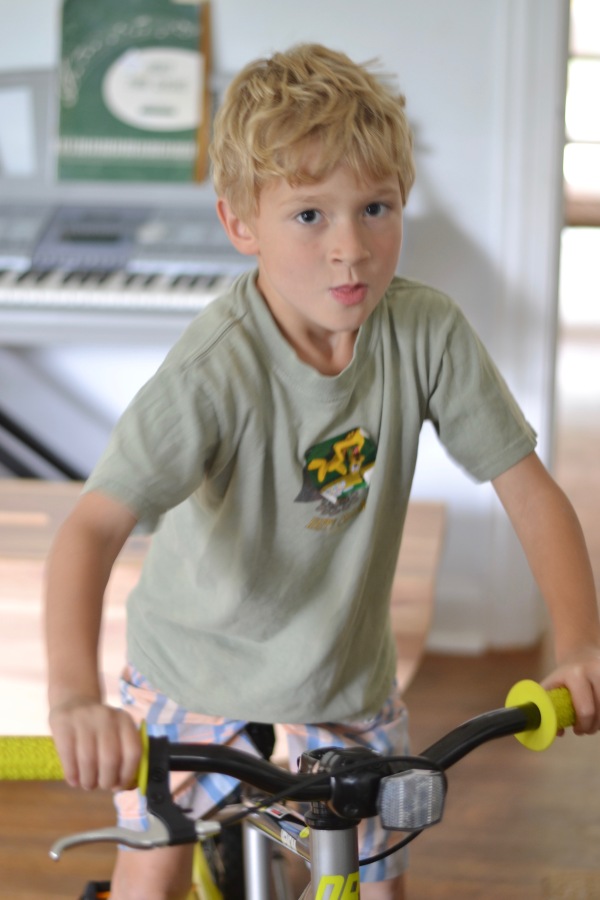 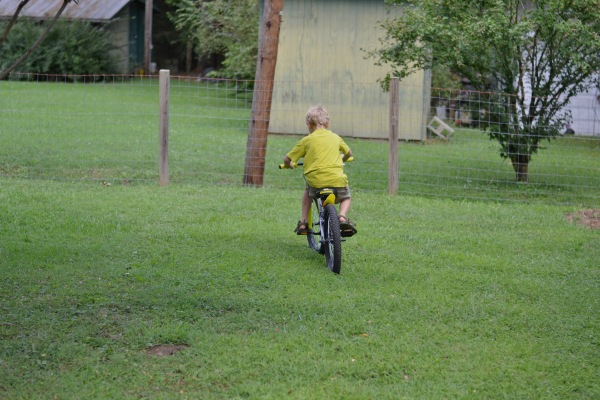 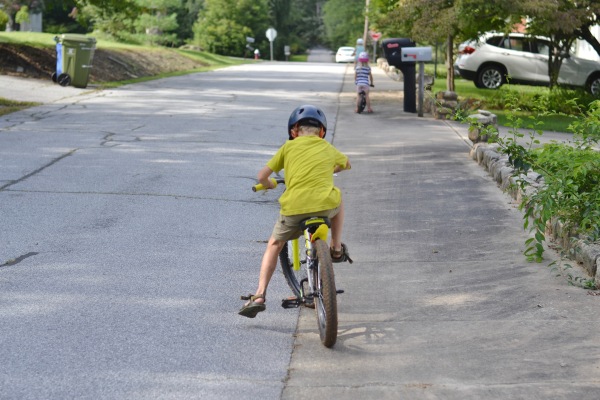 He’s long overdue for a “big boy” bike, my boy.  He had a little bit of birthday money that I set aside for a new bike, and Brandon looked for awhile online before settling on this one.  It was a real treat to watch him open that box and help daddy put the bike together.  When he realized it didn’t have training wheels (he’s just been riding a strider) he panicked a little bit and didn’t think he’d be able to do it.  It’s a bit big and heavy for him, so I was a little concerned, too, that it would be too hard.  Then, we had rain for days so he couldn’t take it outside to try it.  Finally, the sun came out and he tried it out on the grass.  He pretty quickly caught on to riding Phoebe’s (a bit smaller) bike without training wheels but didn’t feel comfortable with his bike.  By day two, he had it down.  He called me to come outside and see, and there he was pedaling it around with a big grin on his face.

Often this little man of mine balks at something new and I hear a lot of “I can’t”s from him before he’s really given it a try.  Our homeschool co-op starts up on Monday (in just a few days!) and as Noah thinks about school starting, he’s been panicking and saying “but I don’t know how to read or write!”  Oh, sweet boy, that’s the whole point, I say.  I keep reminding him about his bike, how he thought he couldn’t do it and that he’d HAVE to have training wheels.  And then by day two, he had it down and has been out riding it every day since.  I can’t believe this has been my last summer with this guy before he starts formal (home)schooling.  And I can’t wait to have time with him, to work with him on letters and sounds and seeing his little mind come alive with the joy of learning and realizing he can do it! He’s growing up!

Noah's scrappy socks are finished and immediately on his little (not-so-little) feet. These were knit in some patons kroy scraps, and I ran out on the toe of the second sock and made due with some other scraps. I love them! Scraps for the win. 🧦
Follow everything He gives on WordPress.com
Loading Comments...
Comment
×
%d bloggers like this: