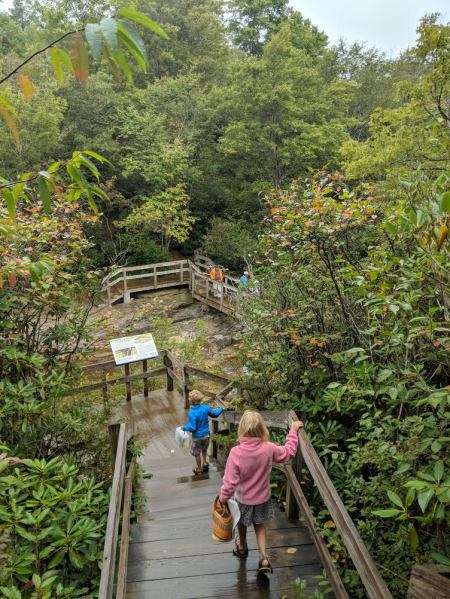 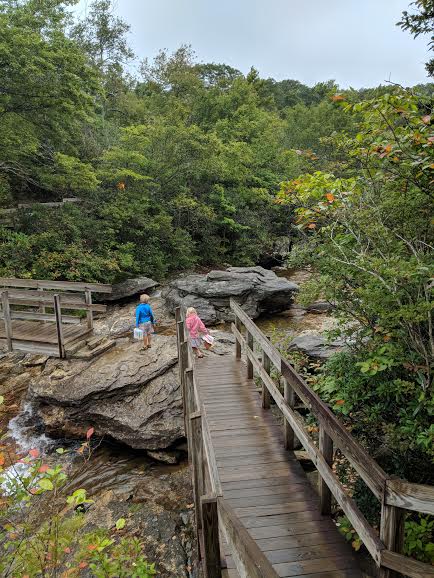 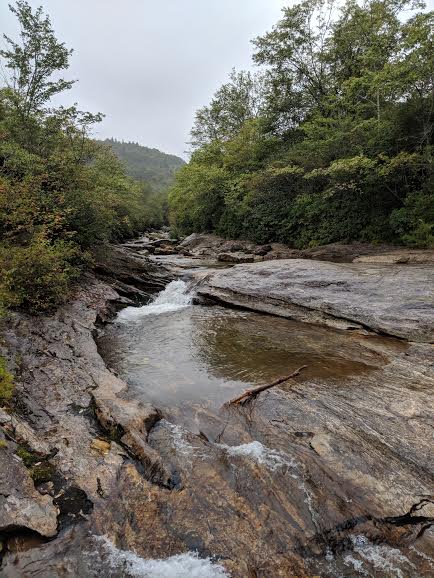 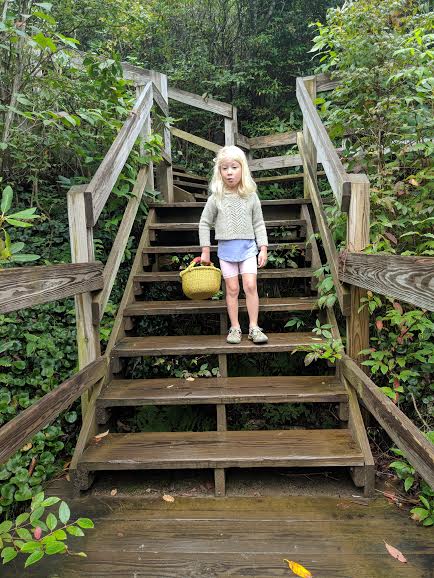 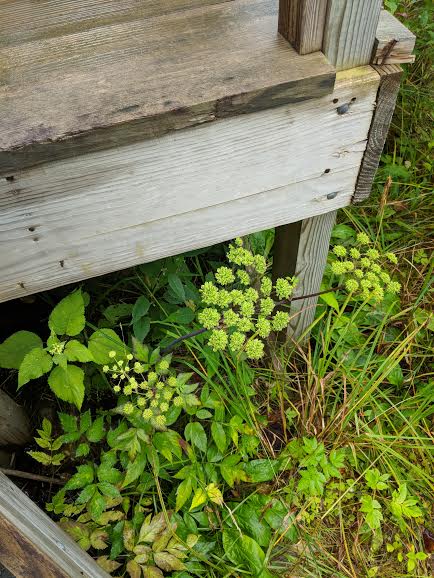 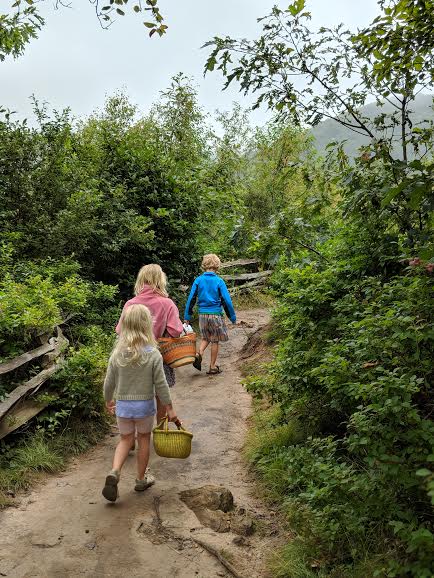 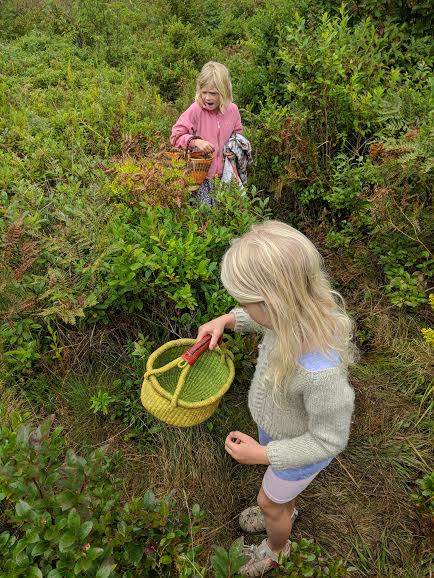 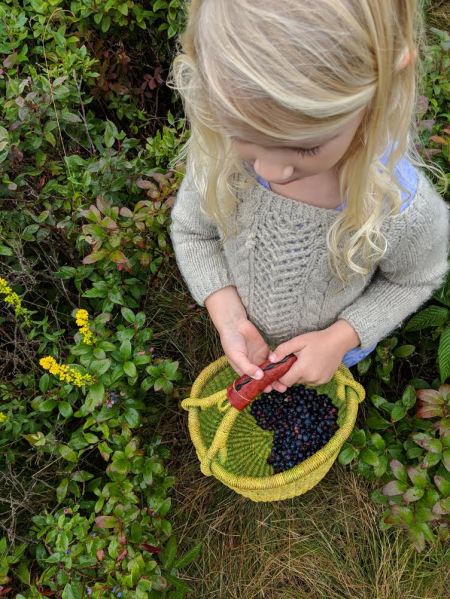 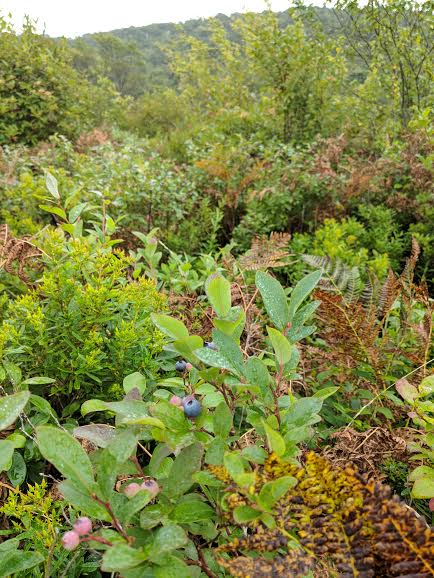 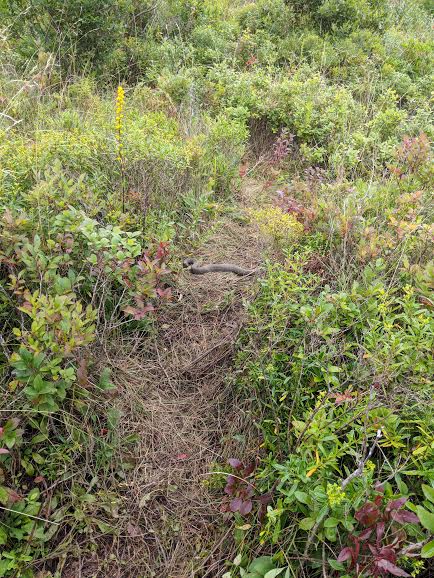 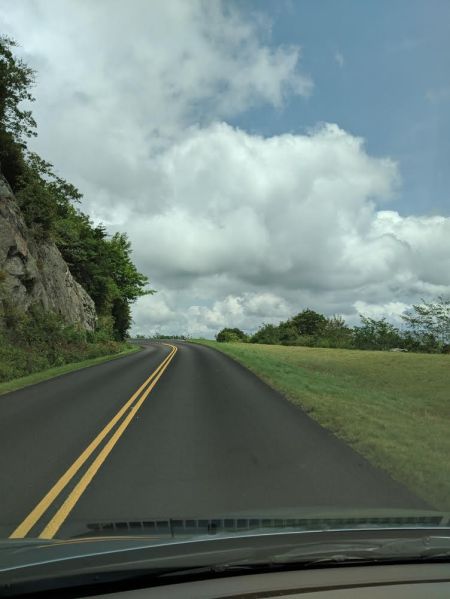 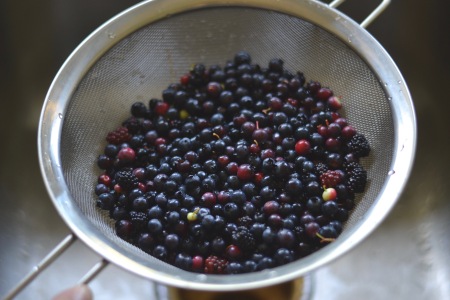 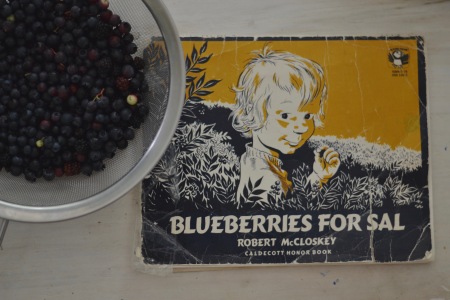 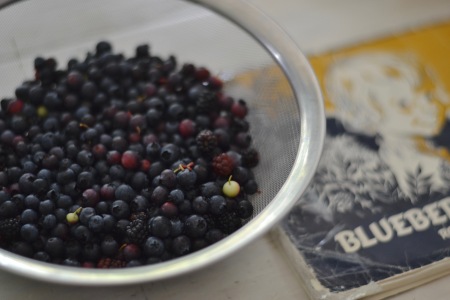 Come August, the blueberries ripen up in the cool mountain air. I had planned to officially begin our school year this week, but decided instead to get a few more things ready before jumping in.  It would be better for me to begin peacefully rather than frenetically, although there’s a measure of feeling unprepared that will likely always accompany homeschooling (for me at least).  Instead of beginning our usual school day, we took a spur-of-the-moment trip to Graveyard Fields on the Blue Ridge Parkway, where the berries are abundant this time of year.  I still called it our first day of school, and it was a happy way to begin for us all, though Noah keeps asking to begin the work of letters and numbers.

Of course, as we got going it began to drizzle and the parkway was foggy most of the drive but everyone wanted to keep going so we did.  (I had planned to bring my regular camera along but because of the rain I just used my phone, so pardon the different quality of photo.)  Wren doesn’t sleep well if we aren’t home, rarely sleeping in the car and too curious about what is going on around her if we are out and about.  She was up way past her usual morning nap time and was very fussy when we began hiking and picking.  She also doesn’t love the ergo, but we carried on.  Finally, she fell asleep in the ergo and I was able to get a little more picking accomplished.  The kids did a good job picking but of course they didn’t gather very much, phoebe spilling most of her basket of berries after stumbling at some point.  Still we came home with about a half gallon and I would love to go back just with Brandon and pick as much as we can to freeze for the winter.  There isn’t a better spot to get organic, wild fresh blueberries and best of all, they are free!  It just requires time and work. 🙂

While we all kept our eyes and ears open for bears which definitely frequent that area, we only saw a brown snake which was sizable but didn’t look venomous.  I’m guessing it was some sort of water moccasin but we steered clear of it just the same.  It was a great teaching opportunity with the kids, though.

The children requested blueberry pancakes the next morning, and we read Blueberries for Sal, one of my favorite books from childhood.  The rest of the berries I’ve tucked into the freezer for a crisp or muffins, or to have over homemade ice cream.  Phoebe kept exclaiming how she felt like Laura Ingalls, and I felt a bit like Sal’s mother trying to preserve a bit of summer’s glory for cold winter days sure to come soon.